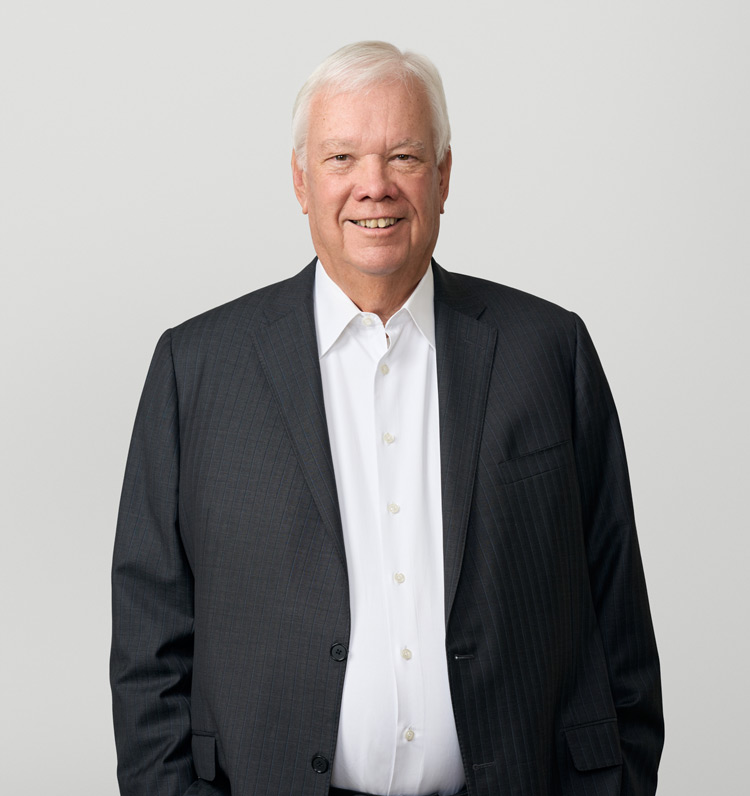 As an original founder of Ervin Graves, Jim works with each of our clients to coordinate a legislative agenda that fits their specific needs and interests.

He utilizes his contacts on Capitol Hill and within the federal government to ensure our clients achieve their business objectives.

Jim served for 20 years in the U.S. Air Force where his assignments included systems program management, logistics management and legislative affairs. He spent much of his career involved with international foreign military sales and was involved in two major aircraft system program offices. At one point he was also responsible for logistics support functions for aircraft sales in Europe, the Middle East and South America.

Jim has a track record in business and venture capitalism. Jim is one of the founders and a Member of the Board of the Scranton, Pennsylvania biotech firm Vital Probes, Inc., as well as a founding partner of Four Seasons Ventures, an early stage technology fund. Jim also served on the Board of Directors of the Congressional Sportsmen’s Foundation in Washington, D.C.

Notably, Jim was listed as one of the most influential lobbyists in Defense News‘ 2013 100 Most Influential People.